Part of what made this project so unique was the incorporation of uniquely “Oregon” themes throughout the buildings redesign. Some of these features include the new carpet which was designed to replicate the Pacific Northwest lichen covered forest floor and the textured wall coverings that gives one the feeling of being surrounded by a grove of trees. However, the features that really bring to life the feeling Oregon’s natural beauty are the ceilings. The first unique ceiling is installed in the 30,000sf ballroom with over one thousand individual Arktura SoftGrid Round ceiling clouds. These waffle shaped clouds give the impression of a tree canopy high above the ballroom floor. The second unique ceiling is located in the foyer to the ballroom, where 8,000sf of bladed Arktura Atmosphera ceilings undulate in waves across the ceiling, creating a 3D illustration of Oregon’s Cascade Mountains and Willamette Valley topography. The material order of these two products was so large that it was the single largest order of Arktura materials on any project to date. The ballroom ceiling had 1,034 separate cloud panels all hung at different heights across 30,000 sf of space. Each of these required six to eight suspension cables to hold them into place. That meant that nearly 7,000 aircraft cables had to be laid out and installed prior to the ceilings being hung. 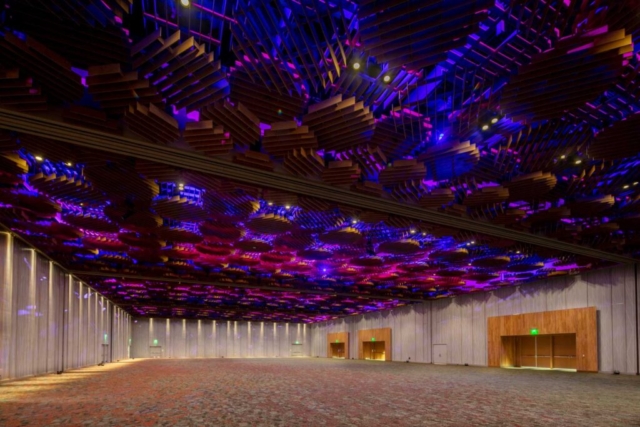 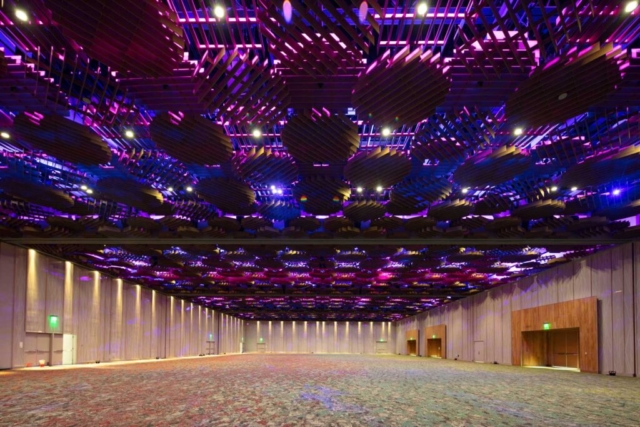 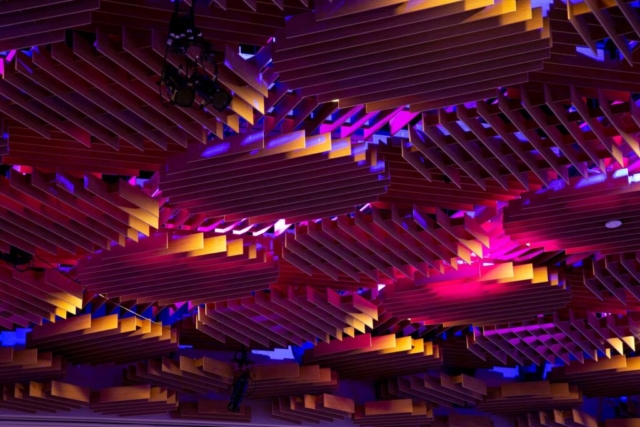 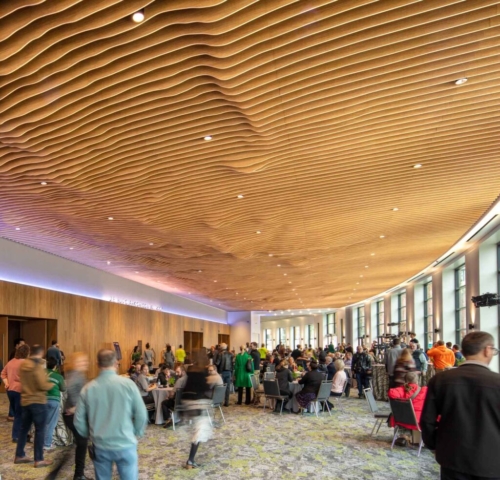 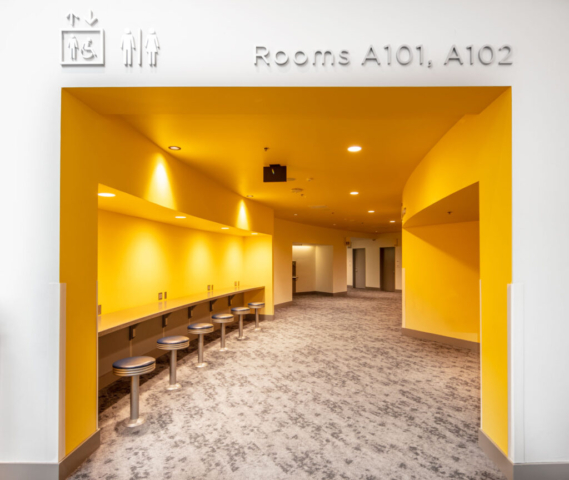